People are the most valued resource here at First Portadown. Within the large family of our congregation, an outstanding number of people volunteer their time and skills to our work and witness. From teachers and leaders to caretakers and tea makers, each are vitally important in the life of our Church.

We are led by a strong pastoral team and Kirk Session.

Robin was born in Bangor and raised in First Bangor Presbyterian Church. He committed his life to follow Jesus while at BB Camp in Scotland. Having studied Civil Engineering at Queens University he worked for three years in Belfast before answering God’s Call to ministry within the Presbyterian Church in Ireland. Three years of study in Union Theological College were followed by an Assistantship in Rathcoole. In 1990 Robin became minister in Ardstraw and Douglas Congregations and was then called to 2nd Randalstown in 1999. He was installed as our minister in First Portadown on Friday 28th April 2017.

Married to Liz they have four children, Simon, Emma, Robyn and Peter and four grandchildren Kyle, Sophie, Naomi and Jack. 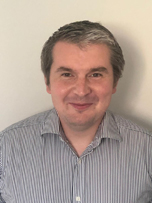 Trevor is a native of Carrickfergus and grew up attending the local Church Of Ireland in the town. He was converted through one to one bible study with one of the local ministers during his GCSE years. After studying Modern History and Politics at Queens University Trevor went to work in the picturesque village of Annalong as a ministry apprentice. It was during these years that his calling to ministry began to really grow.

After two years working in Annalong Trevor moved to Stranmillis Evangelical Presbyterian Church to work with students, it was whilst there that Trevor met his wife Suzanne and again after a two year period moved on to work for Sainsbury’s.

It was during this time that the call to ministry was really solidified and Trevor applied and was accepted to study at Edinburgh Theological Seminary graduating in 2015. Since then Trevor has worked for a number of different churches and most recently was the minister of Dumfries Free Church of Scotland. 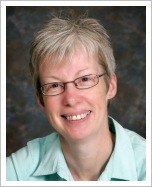 In her role as Pastoral Visitor Margaret has a special interest in the pastoral needs and concerns of the women in the congregation.  Margaret previously worked as a midwife and manager in the Health Service.  She is married to Cecil and they have a grown up family.

Kirsty Lee started as Church Administrator at start of 2018.

Next in the Calendar

Enter search word(s) below and click icon to start searching